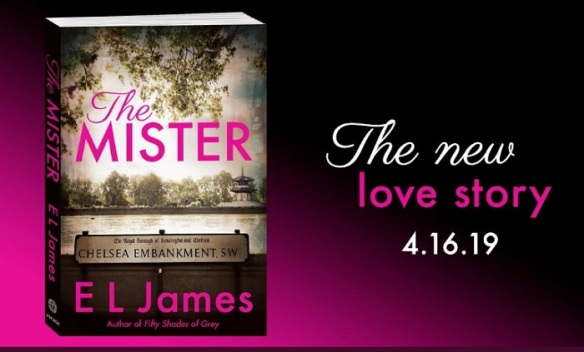 Photo taken from iD Boox. Click here for the article.

There was some big news in the book world last week: EL James has written another book!

I heard about it in a few Facebook writing groups I’m in, and Publisher’s Weekly had to mention it in one of the newsletters I subscribe to.

The thing is, I don’t understand why anyone cares, and so passionately, it seems.

Well, I understand. Her 50 Shades of Grey took the romance community by storm and sold a record number of books. The trilogy was turned into movies, which, in turn, made E L James a household name and millionaire. It’s what any indie writer, or any writer, for that matter, dreams of.

But why is it such big news that she’s writing again?

Even if you didn’t like 50 Shades of Grey, you have admire a woman who could write a few books that captivated so many people. Regardless of how well, or not well, they were written, James told a great story. If you want to read about what made her trilogy so intriguing, read The Bestseller Code. The authors of that book break down what James did (either purposely or by mistake) that made her books so un-put-down-able.

I didn’t read her books. I bought the trilogy a long time ago from a thrift store, and I flipped through the other two in a Target while my kids looked at toys. But I didn’t buy them.

I did, however LOVE the movies. I own them and rewatch them all the time. And yep, I paid to see them in the theatre. If the movies followed the storylines of the books at all, I can see where people would be intrigued.

But in terms of the indie community, I don’t understand the derision aimed at poor Mrs. James. I mean, if you’re going to roast her over an open flame for the bad writing, what are YOU doing to improve yours?

I’m glad that EL James has written another book. I’m glad she had the courage after being treated how she was by the writing community (proving once again that writers are not readers. READERS purchased her book, and it was the READERS who lined her bank account.) I’m glad she wasn’t intimidated by her own success.

Congratulations to EL James on her release! Let me know if you plan to read it. 🙂