I rarely give out writing advice, preferring to focus on indie publishing, promo results, and my own progress. I feel those topics are a lot more useful than writing tips. After all, you can finding writing tips anywhere. But I was thinking about antagonists and how ambiguous and subjective they are.

Cruella is a perfect example of an evil villain. Who would want to kill cute puppies for a coat?! picture from pixabay

Antagonists in a story are usually the villains. The bad guys. Twitter chats center around them. What is their favorite color? What are they doing right now? What makes them bad? What makes them evil? What do they eat for breakfast? The hearts of their enemies, of course. Which is everyone.

There are some pretty famous villains in books and movies:

**For more examples, since I could list them forever, look here, and here.

These are tangible characters; in these stories they are flesh and blood. They do cruel things to our main characters. Who they are is pretty cut and dried.

Let’s explore that one first.

When the protagonist is also the antagonist 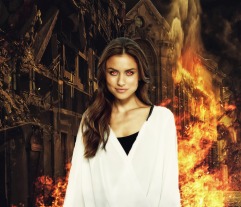 Characters who have to battle inner demons can be their own worst enemies. photo from pixabay

This happens a lot in romance. Characters have been burned before and refuse to fall in love again. Or they don’t believe they deserve to be in love, of having someone care for them. They’ve done naughty things in the past and they believe they need to atone for those sins for the rest of their lives. This is actually a pretty popular trope in a romance. Where the hero has been in the military and something happened to his team, or the detective/cop whose partner is killed on a case and our hero blames himself. He doesn’t feel worthy of love, or he thinks why bother because he’ll just fuck that relationship up too, or worse, get her killed through his own negligence.

In these cases, the protagonist is also the antagonist. They are battling inner demons. There is a lot more to the plot than that, but in the end your hero’s love interest is supposed to help them see they are worthy of love. S/he feels they fail toward the end of the book and the hero/ine realizes if s/he doesn’t get his shit together, he’s going to lose out on the love of his/her life.

Memories, nightmares, the ex still in the picture, precinct cops who blame your hero for the death of their team member, a child left behind, they are secondary antagonists used to enforce your character’s beliefs about himself.

Scarlett O’Hara had a couple things working against her, namely her immaturity, selfishness, and her love for her family’s plantation, Tara, not to mention, Ashley Wilkes. She wasn’t ready for Rhett to love her, and she had to live through the deaths of her father and two husbands, plus a war, before she grew up enough to understand Rhett. We all know his famous last line, and by the time she gave a damn, he didn’t.

What are other things that could be an antagonist?

Jurassic Park is a good example of this. There was no antagonist, per se. John Hammond wasn’t evil–he just wanted to open a theme park where people could enjoy seeing dinosaurs. (This brings about the ethical question, “Just because we can, should we?” But that would be the theme of the story, which is a little different than what I’m talking about here.) There were a couple of people around who were selfish and greedy, but they were not the cause of the problems in the story. I’m thinking of the first movie–the old original with Sam Neill and Laura Dern.

It’s important to note that in most cases, humans were not ordering or forcing these animals to attack. They were not weapons. Be it survival, nature, self defense, or rabies, these animals were acting on their own accord.

Disease is a popular antagonist. In Outbreak, a man who wants to sell a monkey on the black market passes along a fictional Ebola-like virus, Motaba, and all the characters spent their time doing damage control. As with the animals, it’s important to note that in cases where disease is used as the primary antagonist, it is not being used by a human as a weapon, in which case the human using biological warfare for power/revenge/etc would be the antagonist and the disease would be the weapon. In Outbreak, I’m thinking of the movie with Dustin Hoffman and Renee Russo, there were other people who wanted to contain the disease in a different way than our characters, and others who wanted to keep past illegal activity a secret and would do anything to make that happen. Does this make them antagonists? Sure, and they provide more conflict and more hurdles for our main characters to jump over. But the main antagonist is the disease. Without it, there would be no story.

I was taking a look at some other opinions about whether disease could be an antagonist, and I found rather snarky blog post saying of course not. I think she missed the point of using disease as a plot device, and you can read it here.

The weather can be a powerful antagonist, as well. Tornadoes, hurricanes, floods, and other natural disasters that will put your characters in harm’s way are fabulous antagonists.

Books/movies that use the land and weather as antagonists:
Twister director Jan de Bont
The Mountain Between Us Charles Martin
Alive director Frank Marshall
To Build a Fire Jack London
We Are Unprepared Meg Little Reilly
For other books that use nature as an antagonist, look here.

This may be unfair, but a character with mental illness can be the antagonist. This might take the form of an alcoholic like The Girl on the Train, or a character being a complete psychopath like Gone Girl. I read a book by Lisa Unger where her male MC went completely delusional, living his “perfect life” in his head while his real life fell apart. Characters who believe they are going crazy like The Woman in Cabin 10 are their own antagonists. That doesn’t mean there isn’t a human antagonist, as the case with The Woman in Cabin 10, but the plot is even murkier and the characters harder to trust if they are suffering from a mental illness or addicted to drugs.

Unreliable narrator is what this writing trend is called, or Grip-Lit as Tara Sparling likes to call it. To read her blog post about the subject, click here.

Other books where the character is also a psycho, I mean, antagonist, and/or battling addiction:

Antagonists aren’t always cut and dried, like a kidnapper in a mystery, or a serial killer in a murder thriller, but that doesn’t make the story boring when the antagonist deviates from what we normally think of as the villain. I frequently use blackmail and secrets in my stories.

As a new writer, you may not fully realize that an antagonist does not need to be a real person, and you restrict yourself if you feel you need to put a human into this role.

I just finished A Spark of Light by Jodi Picoult and while there was a real flesh and blood antagonist holding those people hostage, the women’s center where the story takes place is just as much the antagonist in the story for the feelings, emotions, ideals and heartbreak that building stands for, for the people being held in that clinic.

An antagonist is anything that works against your character to keep them from what they want. If you don’t have a flesh and blood human to do that, what do you have? A cemetery like in Pet Semetary?  A sinking ship like the Titanic? A concept like freedom in The Purge?

Open your mind to what a good antagonist can do for your story. Maybe it will be an AI like Hal, or maybe it’s infertility like The Children of Men.

Whatever you choose–make it hurt. 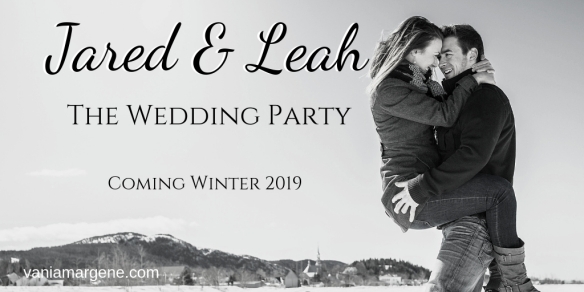 2 thoughts on “Antagonists: Who, What, When, Where”