It’s May 1st, and The Years Between Us dropped out of pre-order and it’s available! I just approved the paperback so that should pop up on Amazon shortly.

The book has been in pre-order for so long that I forgot it was out there. Since I finished it up and listed it, I’ve written the first book in my Wedding Party series and close to finishing the second book with about 15,000 more words to go.

I’ll chat with you about a couple things, and then I am off for the Sell More Books Show Summit in Chicago for the weekend, hopefully to learn how to market my books and put them in the hands of eager readers. I’ll recap that when I get back.

For now, I’ll let you know I only did pre-order to give myself some time to write. I released All of Nothing in October, and everyone says that six months between books is way too long. I agree. For most indie romance writers, three months is probably the maximum they leave between books, some even publishing 50,000 words every month. I still think I write pretty fast considering I have two children, three cats, and I work a day job to pay bills. I also see my sister once a week, I try to walk and catch up on podcasts, and I write this blog. So it’s not like when I’m not writing I’m sitting around twiddling my thumbs. But even if I could sweep all that aside, I don’t think I could produce more than three books a year, and that’s okay. I don’t want to write less than 70,000 word books (now that my novella streak is over) and sometimes that means plotting a little more and taking time with character development.

At any rate, the pre-order I did wasn’t to gain sales during the pre-order period, and that’s a good thing since I only had ONE pre-order on Amazon. I actually clicked the wrong button on Draft2Digital, so I didn’t know until a couple days ago my book was already available through them since April 17th. I would have been upset had I been trying to do a proper launch, but in my way of doing quiet, (AKA not telling anyone) launches, no one probably knew about my mistake.

As my 13 year old daughter likes to say, Whatevs.

I have a few May goals.

May looks to be shaping up into a busy month, but now that the weather has finally cleared up, my cat isn’t sick anymore, I’m healing from surgery just fine, and whatever else little things I was going through seems to have tapered off for now (knock on wood for me) I should be able to to cruise through writing this series and being able to publish them toward the end of fall/beginning winter of this year, into the rest of winter of 2020. All the while, of course, writing another book, which will be a new standalone that I’m already quietly plotting out. 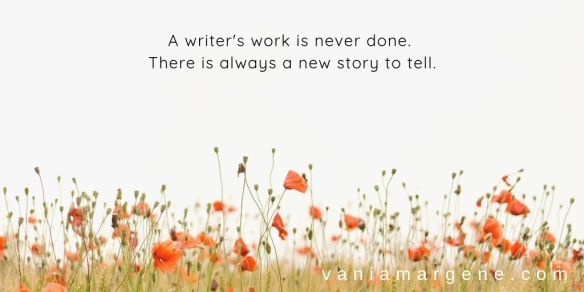 It’s also not lost on me that I’ll be needing to look at promos here soon, and what exactly I can do to bump up sales. The new covers to my trilogy will be a start. To be honest, I’ll probably need to redo the cover to All of Nothing, too. I’ve gotten some reader feedback that Jax is so much of an ass that readers didn’t care for him all that much. Rewriting the blurb and redoing the cover to better prepare readers for his unlikable personality may head off more negative reviews. While I try not read reviews, when opinions make it to me, I try to listen. All of Nothing is very love it or hate it, and if I can prepare my readers by changing the cover to more of a bad-boy type, and rewriting the blurb to focus on how damaged he is, that would be a win for me.

By the beginning of 2020 I’ll have ten contemporary romance books out in my genre. They will be good, solid books, and there’s no reason why I can’t start making some money. I’ve been waiting to build a backlist, which I am doing, quite well, if I do say so myself. Now I just have to put my books to use because there’s no point in writing them if no one is going to be reading them. AmIright?

If you want to take a look at The Years Between Us, it is live on all platforms. Zia Bishop is in love with an older man, and you’ll have to read to see how that turns out! Click the photo to be directed to your favorite retailer! If you’re waiting for the paperback, that should be available soon. There’s no reason why KDP Print should find anything wrong with it.

Thanks for reading and have a lovely weekend! 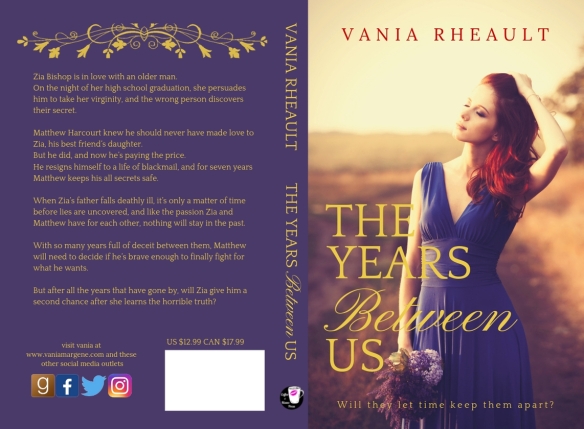 4 thoughts on “The Years Between Us is Available!”