When I hosted my editing #smutchat on Twitter a few weeks ago, I was surprised to learn people were confused between POV and head hopping. I thought I would write a quick refresher on the topic. This will just be an overview because complete books have been written on the subject, and I’ll list my favorite resources at the end of the post.

When you look up the definition of POV, this is what you’ll find. Essentially, when you talk about characters and writing, point of view is the character’s view and thoughts of the story. When you write in 1st person, you only have one point of view—that of the person who is “I.” Many writers like to write in this way because it’s easier to keep track of characters and plot. You don’t have to worry about who is doing what when because there are the thoughts and actions of only one character. The worry about head hopping is nonexistent because you only have the thoughts of the “I” character.

Writing in 3rd person is different. That is when you can write in the POV of several characters if you want. A popular example of this is Game of Thrones. Each chapter is written in the POV of a different character, and Game of Thrones has a lot of characters. Some writers do this with their 1st person characters—each “I” has their own chapter, and in this way, the author is allowed to move among characters. I think this is lazy, and be mad at me if you want, but ultimately, if you want the POV of more than one character, you might as well just write in 3rd person. It’s cleaner and reads better.

Anyway, I write romances. Most romances are written in 3rd person, and the point of view alternates between the hero and the heroine. (Some longer romance sub-genres like Chick Lit and Romantic Mysteries will add other POVs, say that of the best friend, or the villain.) Switching between the hero and heroine is fun because we like to know if the characters have different thoughts and feelings about a situation they are both involved in. Like a kiss: He’s swept away by the moment, but she’s grossed out because of his breath.

But switching points of view in this way also means changing scenes or chapters and making sure each character and their thoughts are confined to their specific scene or chapter.

Head hopping occurs when an author starts a scene or chapter with the POV of one character, but then the author slips in thoughts of different characters who are not the owner of the point of view. 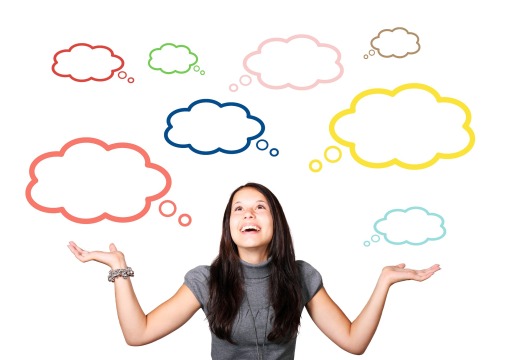 Let’s take a look at a clean POV scene:

Amy pushed her food around her plate. She didn’t understand why her boyfriend’s mother hated her so much. She could feel the woman glaring at her across the table. Her boyfriend, Zach, rubbed her back. She appreciated his support, but sometimes she wished he would just tell his mother to chill out. If the woman didn’t stop being so mean to her, Amy would stop eating Sunday dinner at their house. It wouldn’t make Zach very happy, but he would deserve it if he didn’t start sticking up for her.

This is a quick paragraph in Amy’s point of view. We only know her thoughts. She’s uncomfortable with the situation, she’s resentful Zach doesn’t defend her against his mother. There isn’t any head hopping because we don’t know what the other characters are thinking. If this is a romance between Zach and Amy, and we want to know Zach’s thoughts about dinner, we would need to make a scene or chapter break and begin the new scene or chapter in Zach’s point of view.

Zach wished Amy would be nicer to his mother. He was going to have to break up with her if things continued this way. He’d always thought Amy was a sweet girl, and he’d been happy when he asked her out and she said yes. But things went downhill the day he introduced her to his mother. They hadn’t clicked from day one, and it was Amy’s fault. She caused so many problems acting so pretentious. Disgusted with how dinner was going, he guzzled his beer hoping to take the edge off. Breaking up with her was the last thing he wanted to do, but he couldn’t marry a woman who didn’t get along with his mother.

This is why I like 3rd person POV so much. You can surprise your readers with character reveals. Were you surprised Zach was taking his mother’s side? Maybe you were because in Amy’s POV Zach patted Amy’s back and she took that for support when in actuality, Zach was thinking thoughts that were anything but.

This is a classic staple of romances—misunderstandings and conclusions being assumed up the tension and create conflict.

Let’s take a look at head hopping. Head hopping is when the author tries to cram thoughts of more than one character into a scene. You can still start the scene or chapter in the POV of one character, but then you start slipping in thoughts of your other characters. You aren’t necessarily changing POV, but you are revealing thoughts from characters who aren’t having their “turn.”

Amy pushed her food around her plate. She didn’t understand why her boyfriend’s mother hated her so much. She could feel the woman glaring at her across the table. Why is she so mousey? Lydia thought, stabbing at the pork roast she’d made for dinner. Her boyfriend, Zach, rubbed her back. You need to be nicer to my mother, Zach fumed to himself. If the woman didn’t stop being so mean to her, Amy would stop eating Sunday dinner at their house. It wouldn’t make Zach very happy, but he would deserve it if he didn’t start sticking up for her.

This is a short example of having three people’s thoughts in one paragraph. We still have Amy’s point of view—she can think to herself without the italics because the scene is hers, and we’re in her head. But then I added in the thoughts of Zach and his mother. I put those in italics because the scene does not belong to them but we are given a glimpse at what they are thinking.

The question during #smutchat was: how important is avoiding head hopping when you can still find it in today’s books?

There is still head hopping in today’s traditionally published books, even though us indies are told over and over again not to do it. Nora Roberts head hops, and I just abandoned a book that head hopped between the male and female main characters.

So is it important not to head hop?

In my opinion, head hopping is lazy and an author can learn to write well and avoid it.

Tell me what you think!

A great post by Bryn Donovan can be found here.

Fight head hopping by learning how to write in deep POV. Take a look at Marcy Kennedy’s book here.