We’ve reached the end of Written Word Media’s 2020 predictions. So far we’ve talked about audiobooks, author collaboration on marketing and writing projects, the organic reach that is diminishing and ways to find it again, and the necessity of running ads. We’ve explored what would happen if the big five started using KU.

I’ll be ending the series now as the COVID-19 virus has a lot of us on edge (and frankly, tired of being at home), and some writers aren’t writing much now, instead focusing on the day to day just to stay sane. It’s difficult to write when you’re worried, so I’ll hit on one more point to round out the prediction series and wrap it up until the next wave in 2021.

Photo by Lisa Fotios on Pexels.com

When you think that over 2,000 books are published every month, it’s crazy to think that it could grow even more than that. As publishing a book gets easier and easier, and faster and faster, the number may rise, but the quality probably won’t. This presents two problems: one, you have to fight to be seen and two, you have to fight to be seen through crap.

The article goes on to say that e-book readers are younger, which is a good thing for authors who write YA and coming of age/college fiction. It used to be a struggle for authors of those genres to be seen in an online presence only able to only reach those readers through a traditional publishing channel (paperbacks and brick and mortar stores), but when teens are reading on their phones it gives authors of those genres a reachable audience.

But like all the rest of the predictions indicate, writing good books and publishing frequently will help you find readers.

There’s not much to this prediction – it’s almost a given — but it does make discoverability harder, no matter what genre you write in. The article suggests not getting distracted by shiny objects, but hopefully a writer with his or her eye on the prize has been avoiding temptation already.

In that vein, you have to think of publishing as a lifelong endeavor. I’ve listened to podcasts and read articles about 2020 predictions and discussions looking back at the past 10 years.

A good one is Joanna Penn talking with Orna Ross from the Alliance of Independent Authors, and you can watch/listen to it here:

One thing that has kept popping up was how many authors have disappeared. The indie “gold rush” such as it was started with the invention of the Kindle in 2010 and writers like Lindsay Buroker and Joanna Penn were there at the start. Both have commented that quite a few writers they knew 10 years ago have dropped out and have never been seen again. I’ve only been publishing for four years, and even in that short amount of time people have come and people have gone.

You can take a couple things from this. Of the 2,000 to 3,000 books published every month, some, maybe most, of those authors are one and done. Of course you don’t want to feel good because of another’s misfortune or bad luck, but let’s say those authors only had one book in them, or they thought publishing would be a different experience from what they had. Maybe they thought they would get rich quick and slunk away when their booked debuted at 300,000 in the Kindle Store and was buried, never to be seen again. Those authors aren’t competition for long, but unfortunately, there will always be more to take their place.

If you can publish a few times a year, build a backlist a potential reader can see looking your author page, you’ll be ahead of the curve just by sticking around. 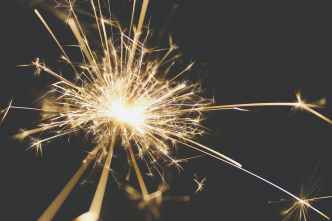 Photo by Malte luk on Pexels.com

2020 started a new decade and we don’t know what the next 10 years in publishing will bring. What does your next 10 years look like? Five years? Are you still in the game or did you come in like a sparkler only to fizzle and die out?

My goal is to make it. I want to work on discoverability; writing and publishing isn’t a problem. If you read my blog on a semi-regular basis you know I’d rather write with my free time over anything else. I don’t see that changing anytime soon. Twenty-five years ago I majored in English and creative writing. Books are in my blood.

The e-book market will grow and continue to do so beyond this year. It’s the easiest way to publish a book. But it will be the ones who stick around that will cut through the noise.

What will this new decade bring to you?

Thanks for sticking with me through these predictions. I’ve always been interested in the evolution of the publishing industry. If you want to read a good book about the industry, and how Amazon has impacted it, more specifically, read  The Book Business: What Everyone Needs to Know by Mike Shatzkin and Robert Paris Riger.

And you can listen to Mike’s podcast interview with Joanna Penn, here:

Thanks for reading and stay safe and healthy! 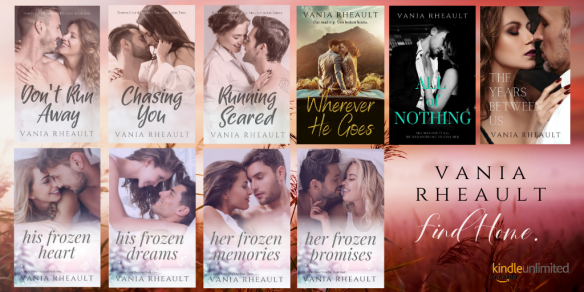