There is a lot to consider when writing and publishing a series. I wrote a novella series called Summer Secrets. The collection consists of six novellas—the shortest being 25,000 words, the longest 32,000. I wrote them one right after the next without a break. The novellas each feature a couple and they are chronological—the next book picks up right where the last leaves off. I made a lot of decisions while I was writing them and one decision I had to make right away was how I was going to publish these. Did I want to paperback each novella? How much money did I want to spend on them? (I pay for photos for my covers and my own ISBN numbers.) Maybe I just wanted to publish them through Kindle Direct Publishing. When should I publish? Creating a cover on Canva.com and uploading it and hitting publish on KDP would take less than 24 hours.

I had to think if this was the way to go. Plenty of authors do it. Release, write the next, release, etc. but this strategy requires some thought. How long will it take to write the next book? How long do you want your readers to have to wait if they are eager for the next book? How will you use the time between books to market and build anticipation? What’s your publishing plan?

It takes about a month for me to write a novella, so I was faced with these questions not too long after I decided to write my series.

There’s no doubt that when you’re writing and publishing (in romance in particular), a series is the way to go. Smashwords released their 2017 survey that said books in a romance series sold way better than standalone books. That’s reason enough to think about writing a series. But Smashwords doesn’t tell you the best way to publish them. (Though they did favor setting up a pre-order for the first one, and pricing it for free. I’ll link to the study at the end of the blog.) 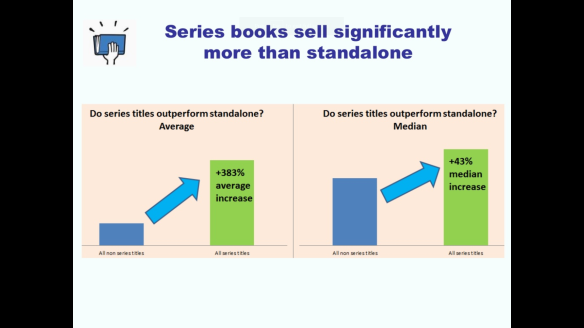 Let’s list some pros and cons between waiting between books and releasing your series at once.

Pro: You can build anticipation for the next book through promos online.
If you have fans and can reach them through social media and email list, this may work very well for you.

Con: If you wait too long to release the next, your fans will forget about you.
This may not happen if you can reach your fans. But if you’re just starting out like I am, you may not want to run the risk of readers forgetting about you or waiting until the series is complete.

Pro: If you have one or two books published, you can take a break.

Con: That “rest” can turn into months—or years—because you realize you’re tired of writing them and don’t want to finish, or you get involved in a different story and you never go back to your series.

Pro: You can fix consistency issues before you publish your books. Or if you’ve written yourself into a corner, you can fix it because your books aren’t “out there” yet.

Con: You have to have a ton of patience, because how great is it to finish a book and hit publish?

Pro: Your books will have the same “feel.” Your voice will be consistent if you write and publish them at once. (We’re constantly developing and fine-tuning our voice and craft. If you wait months or years between books, they may sound different as you cultivate your skill.)

Con: Editing takes a long time, and you’re going to bog yourself, or your editor, down, if you give them your whole series at one time.  My editor took a while to get through all six novellas. It added a lot of time to my publishing schedule. There’s no doubt she could have gotten through them a lot faster had I given them to her one by one.

Pro: If you give them to your editor all at once, you’ve given them to her/him in their best possible shape. I know waiting and editing them more before I turned them over gave me time to make changes with my consistency, etc. It’s better I fix mistakes myself than pay an editor. It’s just respectful anyway to give your editor your best possible work.

Con: If your book doesn’t sell, you won’t know why. It may be because the rest isn’t released yet, or maybe because you didn’t do any promotions. Maybe it’s just because you’re a new author and you don’t have an audience yet. You can’t let this get you down and discourage you from writing and/or releasing the next book. That would be a downer to you and to the people who did buy your first book.

In the end, I did decide to publish them all at once. I split them in half to paperback them—novellas 1-3 in book one, and novellas 4-6 in book two. I felt like this was a good option because I definitely wanted to offer a paperback—I always will for all my books. But holy cow, there was no way I wanted to format and create covers for six novellas, and CreateSpace would have made me set their prices too high (for novellas) for anyone to buy, anyway. I’m going to release them the same way on the e-reader as well. It was important to me that my readers read them in order. In some series it’s okay if you read them out of order because they only deal with the same people; the plot of one book doesn’t necessarily depend on the next. A reader needs to my novellas in order or they won’t make sense. Publishing them bound together was a way to make sure this happened. 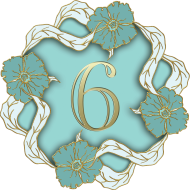 While the trilogy I’m writing right now won’t depend on each other for the plot, I’m still thinking of releasing them all at the same time. Number one is done, two is being edited by me, and three I’ve just started writing. Because Summer Secrets isn’t out yet, I feel I have some wiggle room. I’ll release my novellas, enjoy that release for a while and then publish my trilogy. Before I publish my trilogy though, I would like to have another book almost done—I have a standalone I would like to write and be ready to publish a few months after my trilogy is released. (Oh my God am I drooling to write new material!) It would be great for me if I could continue to release something every three to four months. By this time next year, I would love to have a decent backlist built up.

Everyone’s publishing plans are different and I encourage you to think ahead to what you want to do with your books and your writing career.

Here is the Smashwords Survey.
Another article on how to publish a series is here.

Let me know what you think.