Some authors say their characters called to them and wouldn’t let them go. Some say a plot jumped into their head, and they had to get it down on paper before it disappeared. Some say it was part of a series/trilogy, etc. and they had no choice but to continue or abandon ship.

Why did I write Summer Secrets?

That’s the short and easy explanation, but in reality, it’s much longer.

I had just come off from writing On the Corner of 1700 Hamilton. If you haven’t read it (and I know you haven’t because I can count the copies I’ve sold on my two hands and feet), you’ll know that it’s actually two novellas. One in the male’s point of view called 1700 Hamilton and the other novella is the same time frame but from the female’s point of view called On the Corner of Hamilton and Main. I know, completely crazy titles, and this was the new author in me—mistakes I won’t make again.

Anyway, so what I’m getting at is that writing novellas is fun, easy, and quick. I wrote on the weekends at work, transcribed once a week and actually had a life outside of writing, but I still felt like a writer. Writing novellas isn’t as daunting as writing full-length novels. By the time you reach 10,000 words, you’re halfway done. There’s something freeing about that—there isn’t so much pressure.

So, I kind of got sucked into writing novellas, and I wanted to write more. 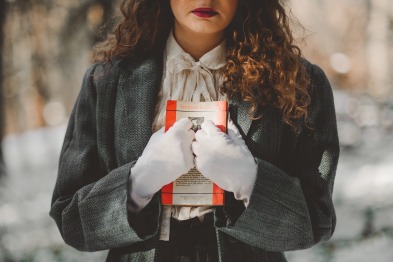 Conveniently, after 1700 was published, I was brainstorming with my friend Jewel, and we were talking about writing novella series. She had her own ideas, I had mine, and at work one day I outlined five novellas, characters and all.

This is where the insane part comes in.  I didn’t realize how long it would take me to actually write five. I’d just signed away five to six months of my life. But hell yeah, it sounded like fun. How bad could it be?

It wasn’t that bad. But in the middle of the 5th novella, a character “called to me” (yep, I just wrote that) and I realized he needed his story told. So five novellas I’d estimated at about 20,000 words a piece turned into 6 novellas, and after it was all said and done, turned out to be almost 160,000 words.

But damn, are they good.

See, that’s why I can’t regret writing them. They are well-written, they are all part of the same story, told chronologically, and I learned so much writing them and editing them that I could never feel bad that I decided to do it.

Maybe I’ll be a little sad if they don’t sell—but I won’t be too worried about it, either. They are not the genre in which I want to keep writing, so building an audience won’t do be a lot of good unless they want to branch out as readers.

Never feel bad about what you’re writing. Somehow, some way, your project will serve a purpose.

What are you writing about and how did you decide to start?