I went through their points as an emerging author who has six books in her library and I make less than $2,000 a year from my books. They went through how much authors spend in editing and covers. It’s no surprise that they found authors who put out quality books make more money.

They went through how they marketed, with easy and affordable promo sites heading the list.

They surveyed authors about being wide or exclusive and found it didn’t matter – authors still need to take time to build a readership no matter where they publish.

They also went into the time authors write, which not surprisingly, revealed at 60kers and 100kers spent the most time writing. In that blog post I tried to hammer in to the emerging authors that to make the leap from emerging author to 60ker, you still need to put in the writing work, no matter how many hours you put into your day job or how tired you are. Career money requires career time.

There are some variables as to why some authors make more than others, and the bonus material revealed some of these differences.

But first if you were curious about the amount of money an Emerging Author makes, take a look:

The difference between the emerging author and the 60ker. It’s quite a leap to be sure. If you’re single, you don’t need to make 60k to support yourself. At least in my area, you can get by okay on $30,000 a year. You’re not living in the lap of luxury, but a nice two-bedroom apartment with its own washer and dryer runs about $700/month. As an emerging author, even if I made an extra $300 a month, that’s a car payment on a newer car I desperately need. You can take a look at the graphic to check how much an emerging author makes. 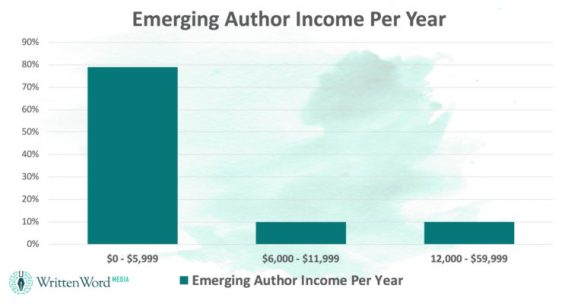 Now for some of the reasons why one author would make more than another: 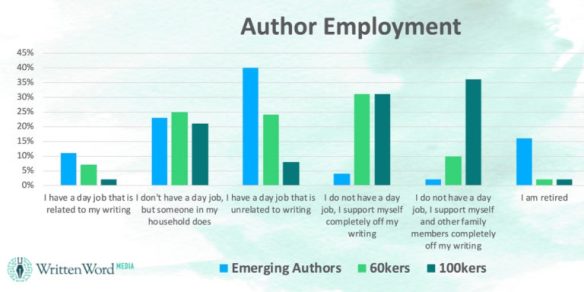 Even though they did add some additional data, they did leave out some other variables that I find are important in making an author successful.

In conclusion, the money is out there. There are different paths to the pot of gold at the end of the rainbow. But whether anyone wants to admit it or not, some paths are easier than others. Write commercial genres. Publish quality work. Publish often. Start a newsletter. Use promos like Freebooksy and Bargainbooksy to promote your work.

If you’re not doing these things, success may take longer to come. We all make mistakes and maybe telling your story the way you want to tell it is more important to you than money. That’s cool too, but be honest. Writing the story you want, with no editing, using a cover that’s not professional, and tweeting it out day after day won’t earn you any sales. So no whining when it doesn’t.

Thank you for joining me in this blog series where we broke down the Written Word Media Survey and the bonus material they later released. I hope the information given can steer you in the right direction to a productive and lucrative writing career. 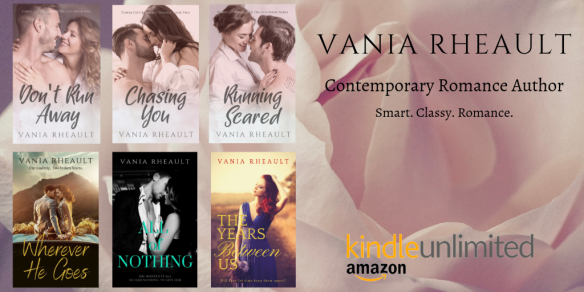 4 thoughts on “Being a Career Author. Do you have what it takes? Wrap Up!”