It’s never fair to compare yourself to where you were five years ago, or more precisely, four and a half years ago, unless you haven’t changed and you can’t see in your rearview mirror through all the regret of wasted time.

When I joined Writer Twitter, I was writing a huge epic fantasy and I thought I needed to be on social media to sell those books. Independent publishing was always a no-brainer, even when I didn’t know exactly what it was, and how I’d heard of it, I have no idea. Probably the one thing that pushed me along was a friend from work who was majoring in publishing at our local university. She gave me one of her textbooks, APE: Author, Publisher, Entrepreneur–How to Publish a Book, by Shawn Welch and Guy Kawasaki. It was my first taste of independent publishing, and being independently published fed into my control-freak nature. (I try to keep that under wraps, so don’t be surprised if it’s the first you’ve heard of it.) I don’t recommend the book now–this industry moves too fast for a book that’s eight years old to hold much relevance. 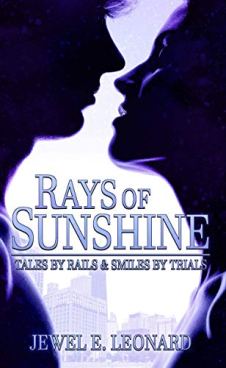 These are delightfully naughty stories, and I highly recommend them!

Back then, I was a wide-eyed, starry-eyed girl. People were publishing, they knew a helluva a lot more than I did, and they made the industry sound exciting. I wanted in. I read indie. Lots of indie. Bought lots of indie paperbacks, some from people who don’t write anymore or who have dropped off the grid because other things got in the way. I held books in my hands from people I knew, actually talked to online, and I wanted to hold my books too. One of the very first books I read was by Jewel E. Leonard, Rays of Sunshine. She did everything herself. Her husband helped her with the cover, but she wrote it and edited it, formatted the insides. She was my inspiration, and I started 1700 to publish like she did. (And can you read a blog post I wrote about writing to write and writing to publish here.)

Except, I had no idea how much work it would be to be let in. Because if it’s something that I’ve repeated on this blog for as long as I’ve been blogging, is that behind the cover designers and editors, the huge Twitter accounts, behind the shop talk, and Twitter chats, and blog tours and cover reveals, is this very one important thing. None of that matters if you haven’t written a good book.

And this isn’t going to be another one of those blog posts. Everyone is going to publish crap. No one is immune from it, and very few are exempt. I’m no exception.

Eventually, I got better. It’s just something that happens if you write enough words. You get better. Since I’ve started publishing, not including the fantasy still on a memory stick that I go back and forth between deciding to edit or not, I’ve written 1,227,000 words. Some of those aren’t published yet, as they belong to a first person trilogy that I haven’t edited. I’m going to write the sister trilogy to that before I release them. But they are written, and I’ll include them in my word count.

That figure isn’t to brag. I know I have a lot of time, and I do use the time I’m given.

But I think back to almost five years ago and how much the industry has changed. I did my book covers in Word. I used a free photo for The Corner of 1700 Hamilton, which I learned is a huge no-no. I formatted my documents myself using the templates KDP still has available though Vellum is so easy to get your hands on these days.

Besides the few people I had help me in the beginning, once I got the hang of writing again, I started editing my own books and for others.

There is something to be said for going back to basics. I learned a lot. I learned what a cover consists of, what bleed means. I can spot extra spaces between words in sentences in a manuscript and how not to put two spaces after a period. I know how terribly a Tab can screw up formatting, and even still today, I’m still learning how important it is to back up files (thanks disappearing Vellum files).

I’ve always moved forward, never gone back too often. Dean Wesley Smith calls this “overwhelming” your book. I call it burying it. But that’s hard to do if you want all your books to count. I say The Corner of 1700 Hamilton and my erotica novellas don’t count toward my backlist, but they have my name on them. They count. Even if I’ll never promote them. I put them out there, they are mine, and I own them.

For me, the glitz and glamour of being an independent author has gone away. You can scroll through writer twitter and maybe see some of those writers who haven’t published yet interacting with other writers with the same wide-eyed look. It’s not that I’ve become jaded–I still get teary-eyed whenever I finish a book and press publish–but it’s not long after that I’m on to the next thing, because there will always be another story.

What is this blog post about? It was supposed to be about how I revamped The Corner of 1700 Hamilton, but I’ll save it for another day.

I guess being quarantined has made me a bit nostalgic. I’ve come a long way in four and a half years. I’ve cried over lost files and bad reviews, I’ve virtually high-fived other authors and shared in their successes. I’ve shaken my head at others who keep making the same mistakes, and I feel bad for them because I don’t see their careers going anywhere. I know authors who are still working on the same story as the one when we met. This isn’t the career for those who can’t be tenacious, who can’t look ahead, who can’t see what they want in ten years and put in the work now. This industry isn’t for the faint of heart. Or for the weak.

I’ve come a long way in the almost five years I published 1700, and I plan to go even further in the next five. I WILL have a bestseller. Just wait and see.

What have you accomplished in the last five years? How has the industry changed since you’ve joined the writing community?

I read more than just Jewel’s book when I first joined Writer Twitter. Take a peek at the books I read that I very much enjoyed, and that I still recommend today. If you’re interested, click on the cover and it will bring you to Amazon. Some of them are in KU if you have a subscription. Some of the publishing dates reflect earlier dates, and I can only take that to mean that the authors have gone in, made changes, and republished. That’s one of the perks of being your own publisher. 🙂

I can’t link you to What Boys Are Made Of and the other books in the series because I think Stephanie is redoing them. It’s too bad she unpublished while relaunching them though, because they were really good. Probably some of the best indie work I’ve ever read. I hope she gets them put back up really soon. They deserve to be out in the world. 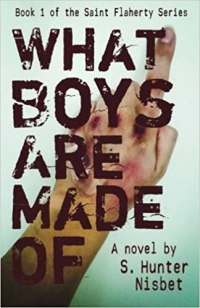 Entropy is the first in a trilogy, and I’ve read them all. I’ve mentioned before Joshua helped me by beta-reading Don’t Run Away, and we formed a friendship after meeting on Twitter. He has quite a few books in his backlist now, and if you want to read his next book, Perplexity, he’s blogging the scenes for a little entertainment due to COVID-19. You can find his blog, Perplexitybook.com, here.

I love Aila with all my heart, and she knows her stuff. She introduced me to Canva, knows her way around IngramSpark, and is all around a fantastic writer. Sex, Love, and Technicalities is the first in a duet, and I helped her edit the second (which is why I’m attached to it, not because I helped her write it). Aila and I have been friends for a really long time.

One of the first indie books I read was David’s Lonely Deceptions. Originally published as a novella trilogy, Austin Macauley squished them together and published them as a whole. Not that I would recommend going with a vanity press, David was fortunate and they paid him, not the other way around. Just recently he wrote the sequel and sent it off to Austin so the books would be consistent (they gave him an advance for that book also). Right now he’s working on something new that will be published under a pen name because he says he’s tired of people thinking he’s a doctor. LOL 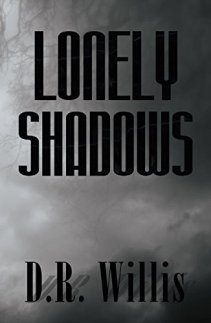 Tom is another writer who kind of fell off the grid, though I think he’s active on Goodreads. I haven’t spoken to him in years, but I’ve read all of his books, and he was one of my first Writer Twitter friends. I think Jewel introduced us. His books are hilarious, but dark, and I recommend empathetic all the time. It’s laugh-out-loud good.