Change comes whether we want it to or not. Sometimes change happens so slowly you don’t know it’s happening. Sometimes you’re not paying attention and the old way you’ve taken for granted is suddenly gone.

This happened to me, though I think I was more in denial this was happening than embracing the change. Maybe I was hoping it would go away, or maybe I was hoping the old way would hang in there. The latter may still have a chance, but the former isn’t going to happen.

What am I talking about? The way fiction is being written. Not even by indies, as this change has been happening with the traditionally published books in the past couple of years as well.

To explain, let me go back.

Like all writers, I grew up reading. Nancy Drew, The Babysitters Club, Sweet Valley High. Slowly, I graduated to Sweet Dreams romances, VC Andrews and Harlequin Desires and Temptations.

And looking back, I realize there is one thing all those books have in common–they were written in third person past tense.

It stands to reason then, that when I began writing my own stories, I too, wrote in third person past since I grew up reading it. Never would I think this way would become outdated, but I’m afraid that it has.

Now books today are written in first person present, and that doesn’t seem like that’s going to change any time soon. Take a look at any new book, especially a romance in Kindle Unlimited, and you’ll see what I mean. I liken this to how Mike Campbell loses all is money in the The Sun Also Rises by Ernest Hemingway:

“How did you go bankrupt?” Bill asked.
“Two ways,” Mike said. “Gradually and then suddenly.”

It seems as if first person snuck up on us, and then suddenly it was everywhere.

And as a writer who writes in third person past, this is troubling because this isn’t about catching a trend or even writing to market, it’s about adapting to change as not to be left behind.

It used to be first person, be it past or present, served one purpose–the sole reason why the writer chose to use first person when writing their novel: to tell the story of “I.”

Who was the “I?” A girl with magical powers? A young boy out to seek his fortune? The author chose that way as a device to tell that ONE person’s story through their eyes. Middle grade and YA were (are) written in that fashion so the young readers could more easily envision themselves in that role.

I can’t remember the first person book I ever read–and I must have read some; they weren’t non-existent as I was growing up, but they obviously didn’t make an impact on me. And when I was a young adult, and now a “real” adult myself, I don’t read much YA.

And maybe this is the point.

I’m outdated. At forty-four years old, I’m writing in a way that is being used less and less, except by the authors who have been writing for as long as I’ve been reading. Nora Roberts, Brenda Novak, Robin Carr.

When you read and enjoy first person books, that is what you’ll probably write. Books like the Hunger Games, Twilight, 50 Shades of Gray took the lead of a style of writing that is prominent now. You may be shaking your head, but think to when those books were written and how popular they were. The first book in the Hunger Games Trilogy was published in 2008. Twilight, 2005. Divergent, 2011.

When thrillers and romances are now being written in first person (and present, too) where do you fit in if you like to write in 3rd person past tense, or even 3rd person omniscient?

Is this an old way of thinking?

Some of the greats still use 3rd person past, Nora Roberts holds true. So does Susan Mallery. Brenda Novak still does, and Robyn Carr as I mentioned above. The Harlequin lines, though they are going through some rearranging at the moment, still seem to publish 3rd person past romances, at least their little pocket romances like their Intrigue and Desire lines.

And to really confuse me, authors are starting to use a mix of points-of-view, and what’s even more mind-numbing is that it’s becoming popular, like The Mister by EL James. Maxim tells his story in first person present, but Alessia shares her story in third person present. I would love to ask Erica why she wrote it this way.

It seems like these days authors use POV as an artistic tool. Does it work, does it not? I have no idea. They say anything that takes your reader out of the story is bad. But what is bad is subjective.

Dark Places by Gillian Flynn tells two stories. One story is present day and written in first person past, the other story took place while the female main character was a child and it’s told in third person past. She obviously choose this as a stylistic choice. Does being with the “I” character makes us feel more intimate with her? I don’t feel it would have changed the story much had she written the present day timeline in third person past. But with the popularity of her books, no one seems to mind what tense she chooses.

Have I had any complaints when it comes to my third person books? No, not that I’m aware, but nor would I know how many sales I’m either gaining or losing because of my choice.

So what is a writer to do? Keep writing in a style you like and are good at? Practice a different POV? I’ve tried writing first person present, and I liked writing it as much as I like reading it, and that’s to say, none.

And I will always believe writing a romance in first person POV when the author intends to show both sides of a relationship doesn’t make sense, and you can pry my opinion out of my cold, bloody fist.

But it’s obvious that what is coming out by younger romance writers that my viewpoint is not shared, and it’s not shared by their readers, either.

We need to adapt with change, though. When will my dislike turn into simple stubbornness? And when will that stubbornness keep me from reading books I may otherwise have enjoyed? I can’t be an old curmudgeon waving my cane hollering “3rd person past” at every writer I meet.

Point of view can bring on choices that you need to make besides just how you want to write your book. If there’s an “anything goes” with what’s between the covers, our blurbs and ads need to reflect that. Blurbs have always been written in third person present. Some unspoken, unwritten rule has ordained this since the beginning of time, and it didn’t matter if your books were written in first, third, or alien.

What about ads? Ad copy isn’t the same as writing your book, though blurbs and ad copy are cousins, I guess. Ad copy is supposed to be snappy, hook your reader into buying the book. If you sell a book with snappy first person ad copy, but your book is written in third person, will that go over well with your reader?

I have no idea. You’ll hear it in reviews though, guaranteed. Or at the very least, wasted ad money for clicks that don’t turn into sales.

Looking at “how it always used to be done” may not help in these quickly changing publishing times. For another look at how to write blurbs and in what POV look at this blog post by Writer Unboxed. The author of the article mulled it over a lot more eloquently than I did. Marketing Copy: The First- Versus Third-Person Debate

I’ll keep writing in 3rd person past. It’s how I write best.

Write how you write at your best because after all, it doesn’t matter if you write in first, third, or alien, it comes down to giving your readers a good story.

But I caution you using POV as a stylistic choice to cover up lazy, or poor, writing. If you’re going to experiment, make sure you have plenty of betas on hand to tell you if it’s working or not.

You can do whatever you want to do with your book, but you still want people to read it too. Even aliens.

That was some really bad Sunday night humor. And with that I am going to bed. I hope you all have a lovely week of writing ahead! 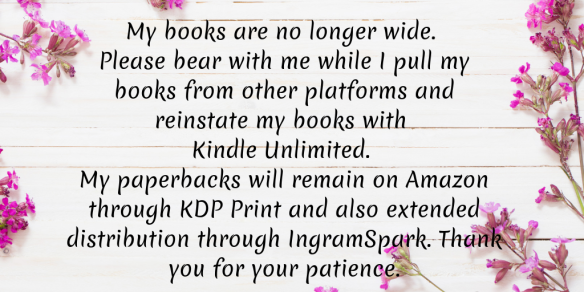 graphics made with font and photos from canva.com

11 thoughts on “Changing your Point of View: How you write, and thoughts on 1st, 3rd, past and present tense”