Actually, that question is pretty rhetorical. We all know what happened to Chance Carter. The self-proclaimed bad boy was very naughty, and not in a fun way, and Amazon punished him, and also again, not in a fun way.

But for those of you who don’t know what he did, I’ll just give you a quick recap:

Mainly Chance Carter got caught book stuffing. Meaning, he put more than one book into an e-book, made the reader “flip” to the end of the “book” to read the new content, and cashed in on page reads through Kindle Unlimited. Some books to the tune of over 2,000 pages. I hate math, so I won’t do it, but that’s a lot of page reads in KU when you think that a normal book might only be about 200+ pages depending on genre.

I wasn’t even aware of this term until whistleblowers David Gaughran and Nate Hoffelder blogged loud and long about people who violated Amazon’s terms of service.

He did other things too, like offering raffles to readers who would review, and the biggest giveaway he did before his books were pulled was offer a chance to win Tiffany diamonds to anyone who would review.

This isn’t a blog post for trying to figure out if he was wrong or right, or dissecting his ethics when it comes to scamming.

What I want to talk about is our obligation to readers.

Chance had it going on. He had thousands of followers.  Thousands.

Having that kind of following would be a dream for any author.

Even his fan groups were crazy with members.

When you have that kind of following, you owe it to your readers to be real. To be honest. I mean, that’s neither here nor there now, but once he was ousted,

he didn’t even say goodbye.

No press release, no private message to one person who could spread the word. Nothing.

Not an apology. Not an, I’ll fix this and I’ll be back.

I see a lot of indie authors maintain a cavalier attitude toward their readers. Mainly because they don’t think they have readers.

But do you have a responsibility? Even if you just have one or two readers? Do you care what they think? Do you care if a friend is waiting for your next book? Your neighbor? Your followers on Twitter? The forty-five people who like your Facebook Author Page?

Maybe you don’t think your readers matter until your followers and readers are up into the thousands like Chance’s.

When your readers write you open letters asking you where you are and if you’re coming back.

First, I guess you have to ask yourself, why are you publishing? What is your goal? I can think of two off the top of my head: Readers and Money. Maybe you don’t care so much about money and you publish on Wattpad, or you write fanfic and publish it to fanfic.net. But if you’re publishing on Amazon, or Smashwords, and/or everything in between, you’re probably hoping to make a little money. With hoping for sales you would like to become well-known for your books.

But not only books. Authors like Chance know their brand. They build their reputations from the ground up, by showing up, being present. By engaging with the people who read their books.

Readers who read books by consistent authors like Chance know what they are getting. Even his covers look similar.

That’s a series, but his other books, look similar too: 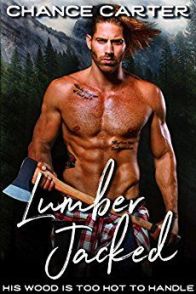 Pecs and abs. It’s not too hard to figure out why these were popular with the ladies.

But what does that mean about loyalty for you?

It’s tough starting out. You feel like you’re writing for no one. But it takes time and patience to build your audience. Chance didn’t wake up one day and decide to have 122,000 followers on his FB page.

It’s too bad that he didn’t treat his followers with more respect. His readers liked his books and kept buying them. They didn’t need to be scammed into reading his books or leaving reviews. They would have done that on their own. Simply because they liked him and his work. 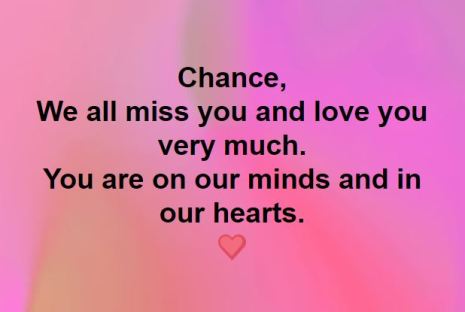 Uncle Ben said, With great power comes great responsibility. Actually, I looked it up, and he stole it, but the idea is still the same.

If you’re looking for a large number of readers, treat the ones you have with respect and loyalty. 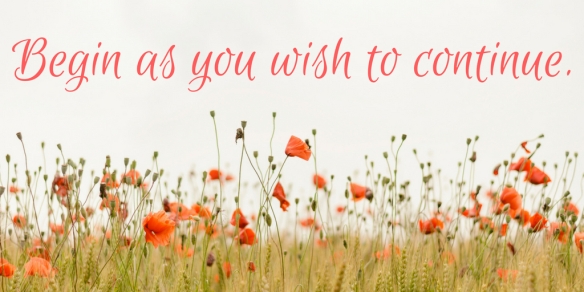 And all you Chance Carter fans out there–I’m building my Contemporary Romance audience. I may not be a bad boy like Chance, but I can write a sexy and kind hero too–and I can guarantee, he will always get his girl.

4 thoughts on “Where’d ya go, Chance Carter? (And other thoughts on author/reader loyalty.)”