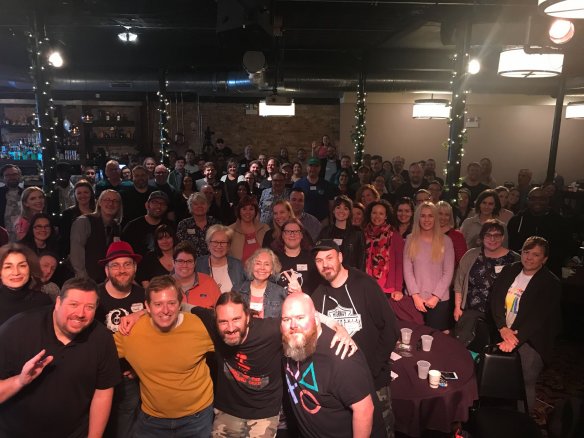 Two weekends ago I attended the Sell More Books Summit in Chicago. I’m still trying to catch up from being gone, writing-wise, but it was a wonderful experience.

It was hosted by Bryan Cohen and Jim Kukral, hosts of the Sell More Books Show Podcast. I recommend listening to this as they go through the top indie publishing news of the week. While I was too shy to introduce myself, it was fun to see them in person.

There were a lot of speakers, and even though I stay in tune with the self-publishing industry, I picked up a few things I’ll pass on to you!

Those were the main takeaways for me from the summit. Admittedly, I knew a lot of what they were talking about since I listen to their podcast, and if anyone follows self-publishing news, then you know releasing quality content on a regular basis is a must for any author, in wide or KU, and that is going to be the backbone of your author business. 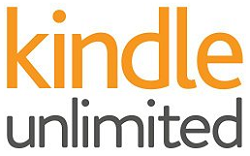 There was an interesting juxtaposition that occurred to me while I attended the summit.  The summit was sponsored by Vellum, Draft2Digital, PublishDrive, BookFunnel, and Kobo. It’s interesting to me that some of the bigger names of the summit who have made it with their books are in Kindle Unlimited.  Chris Fox, Jami Albright, Bryan Cohen. The writing duo J. Thorn and Zach Bohannon. Cecilia Mecca. Elise Kova. I wonder if anyone thought about the fact that the summit was sponsored by companies that help indies go wide, while the big-named authors who spoke at the summit are in KU.
I’m not suggesting anything, of course. There’s nothing to suggest. I find it unlikely that Amazon would sponsor a writing summit, and there were a few writers there who are wide. It just makes me think a little, that’s all. Like, if there is such good money to be had going wide, why aren’t they doing it? Sure, there are authors making lots of money being wide like Joanna Penn, Mark Dawson, Adam Croft–who is a big advocate of going wide. There are some that do a mix–have some books in KU and some wide. I would just keep my eye out and see if the top authors in your genre are wide or if they are in KU. If they are, and you want to try to copy their success, are you comfortable with allowing Amazon full control over your royalties? It’s food for thought. It makes me think about going wide, and if that was a good move. It’s tempting to want to exploit KU since it seems like good fast money if you have a decent backlist and a little money to play with for Amazon Advertising. We’ll see.

If you are interested in going to the summit next year, Bryan announced he would not be part of it (though he is speaking) and the summit is now going to be part of the Career Author with J. Thorn and Zach Bohannon.  It will be taking place in Nashville in 2020, and it looks like tickets are already on sale. You can click here to find out more information about the summit of 2020. I heard that Joanna Penn will be there, so if wanting to meet her is any incentive, sign up now!

Would I go to another summit? Maybe. I feel like it was more of a networking opportunity than anything else, and since I’m shy and very much an introvert, I didn’t meet as many people as I wanted to. That’s my own fault of course, but paying $399-499 to sit in a corner isn’t the best idea. I’d like to try to go to the 20booksto50k convention that’s held in Las Vegas hosted by Craig Martelle and Michael Anderle. (But again, they are big supporters of KU.) But because of personal issues, a summit next year may be out of my reach anyway. It takes money and time to attend, and I’m still kicking myself for not making the most of my time at this event. Especially with the open bar. 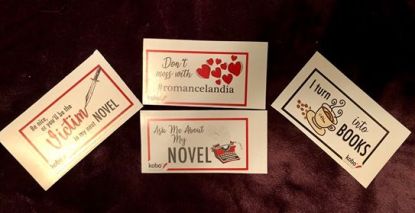 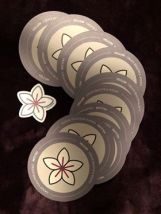 You never know. But if YOU have an opportunity to attend, you should go! And say hi to Joanna for me!